By Johnny O. Trail — On March 14, 2018, Stephen Hawking died. After his passing, his remains were cremated, and his ashes were buried between Sir Isaac Newton and Charles Darwin. It seems ironically fitting that his remains would be placed between a brilliant scientist who believed in God and a man who stole another’s research and established the framework for evolutionary theory.

Newton believed in God and his belief informed his study of science. It is strange to think that this man who was lauded for his great scientific mind, wrote more about theology than science. One writer avers, “For Newton the world of science was by no means the whole of life. He spent more time on theology than on science; indeed, he wrote about 1.3 million words on biblical subjects. Yet this vast legacy lay hidden from public view for two centuries until the auction of his nonscientific writings in 1936.” To put it mildly, Newton was a believer.

Contrariwise, Darwin was a quasi-scientist who stole much of his research from a contemporary and co-opted it for his own. Many are surprised to learn that Darwin was originally a creationist who believed every word of the Bible. One biographer writes, END_OF_DOCUMENT_TOKEN_TO_BE_REPLACED

BY RON BARTANEN — I should probably have entitled this article, The Faith of Pseudo-Science. In an age when science is looked to as the answer for about everything, we need to remind ourselves that in addition to real science there is, and always has been, a “science falsely so-called” (1 Timothy 6:20).

There was a time—which now seems to us to have been in the ancient past—in which scientists readily perceived God’s hand in creation. Isaac Newton was just such a scientist. In his older years he wrote in the second edition of Principia, a publication of his discoveries in physics: “The true God is a living, intelligent and powerful being. His direction reaches from eternity to eternity, His presence from infinity to infinity. He governs all things.” Due to his great discoveries, he was described by Albert Einstein as “this brilliant genius who determined the course of Western thought, research, and practice to an extent that nobody before or since his time can touch” (Essays in Science by Einstein). END_OF_DOCUMENT_TOKEN_TO_BE_REPLACED

Repeating a lie doesn’t make it true. “The prophet Jeremiah said to Hananiah the prophet, ‘Hear now, Hananiah, the LORD has not sent you, but you make this people trust in a lie’” (Jeremiah 28:15 NKJV). The false doctrine of “Evolution” causes people to exchange “the truth of God for the lie” and worship and serve “the creature rather than the Creator” (Romans 1:25 NKJV). There is no scientific fact to prove it, and it contradicts Scripture and scientific facts! God will reject the immoral and “whoever loves and practices a lie” (Revelation 22:15 NKJV). “Evolution” cannot account for: amazing design and detail; a human’s emotional heart; cell DNA; faith and hope; an eternal soul; or life, itself. It substitutes primordial goo for God; survival of the fittest for mercy; and outer comparisons for inner connections.
This is Johnny Polk, with “Words of Wisdom” brought to you by the Oneida church of Christ.

Speaking of Jesus as God in the Creation: “You, LORD, in the beginning laid the foundation of the earth, And the heavens are the work of Your hands” (Hebrews 1:10 NKJV). The false doctrine of “Evolution” tries to account for this creation without God. Without any scientific fact to support it, it assumes: matter always existed; after a chaotic “bang,” order developed; the guiding “god” was billions of years of Time; humans came from animals. Did I miss anything? The Bible points to scientific fact: matter had a beginning; God designed the order in creation; God created within a week; humans are specially made. Did you miss anything? Of Christ, it is said: “All things were created through Him and for Him. And He is before all things, and in Him all things consist” (Colossians 1:16-17 NKJV).
This is Johnny Polk, with “Words of Wisdom” brought to you by the Oneida church of Christ. 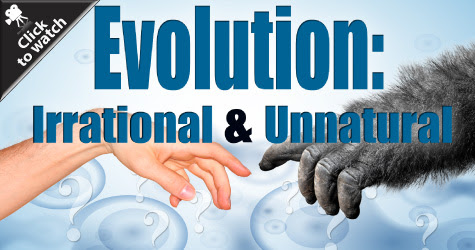 While many evolutionists and naturalists/atheists believe that Christians have a blind faith, in actuality, it is the naturalist who holds to a blind faith. Christianity is the option that follows from the scientific evidence. Watch >>

“Consider the work of God; For who can make straight what He has made crooked?” (Ecclesiastes 7:13 NKJV). In the Creation, God: “divided the light from the darkness. God called the light Day and the darkness He called Night” (Genesis 1:4-5); He caused “the waters under the heavens be gathered together into one place, and let the dry land appear,” making “Earth” and “Seas” (Genesis 1:9-10); He “let the earth bring forth grass, the herb that yields seed, and the fruit tree that yields fruit according to its kind, whose seed is in itself” (Genesis 1:11); He made “great sea creatures and every living thing that moves,” “and every winged bird according to its kind” (Genesis 1:20-21). “Evolution” has no explanation for these distinctions, and no “scientist” has discovered any contradictory fact! God’s Creation Work still stands as written! Humans have not, and cannot, change it
This is Johnny Polk, with “Words of Wisdom” brought to you by the Oneida church of Christ.

In one passage, by stating scientific facts, the New Testament destroys the false doctrine of Evolution. “All flesh is not the same flesh, but there is one kind of flesh of men, another flesh of animals, another of fish, and another of birds. There are also celestial bodies and terrestrial bodies; but the glory of the celestial is one, and the glory of the terrestrial is another. There is one glory of the sun, another glory of the moon, and another glory of the stars; for one star differs from another star in glory” (1 Corinthians 15:39-41 NKJV). Evolution falsely says “all flesh is the same” without any scientific proof! Evolution falsely says our Earth is no different from celestial bodies, but no observation proves this! The Bible rightly shows the sun, moon and stars are different from each other! Our Creator should know!
This is Johnny Polk, with “Words of Wisdom” brought to you by the Oneida church of Christ.

I saw a cartoon in the “Columbus Dispatch” (6.5.201) that represents a “tweet” (mocking President Trump’s tweets on his Twitter account); it reads: “Children, I gave you life – you gave me climate change and a world leader who wants to bring me death. Is this how you treat your mother? Very upset bigly. Signed ‘Mother Earth.’” The hash-tag to this political cartoon is DJTHasnotAClue.

The mocking cartoon with the climate change message is part and parcel of paganism! Paganism is defined as a polytheistic way of thinking, a religion of sensuality, delight in material goods. Polytheistic ways of thinking that is a collection of various spiritual and materialistic ideas wrapped into one wherein a person chooses to live by its influences.

Is it truly the case “mother earth” gave life? Who is mother earth? END_OF_DOCUMENT_TOKEN_TO_BE_REPLACED

If you saw “Is Genesis History?” last week, then chances are, you walked away from the theater as thrilled as we were to see biblical truth taught regarding Creation and a young Earth in such a spectacular way. Thanks to people like you, the movie was the #1 film in the U.S. on Thursday. The movie was such a success that two encore showings of the film have been granted: this Thursday and next Tuesday at 7:00 PM. Check http://isgenesishistory.com/theaters to see if a theater near you will be showing the film again. Read >>

A ONE-NIGHT EVENT IN THEATERS

A wide range of sharable advertisement materials and a “Find a Theater” tool are available here. 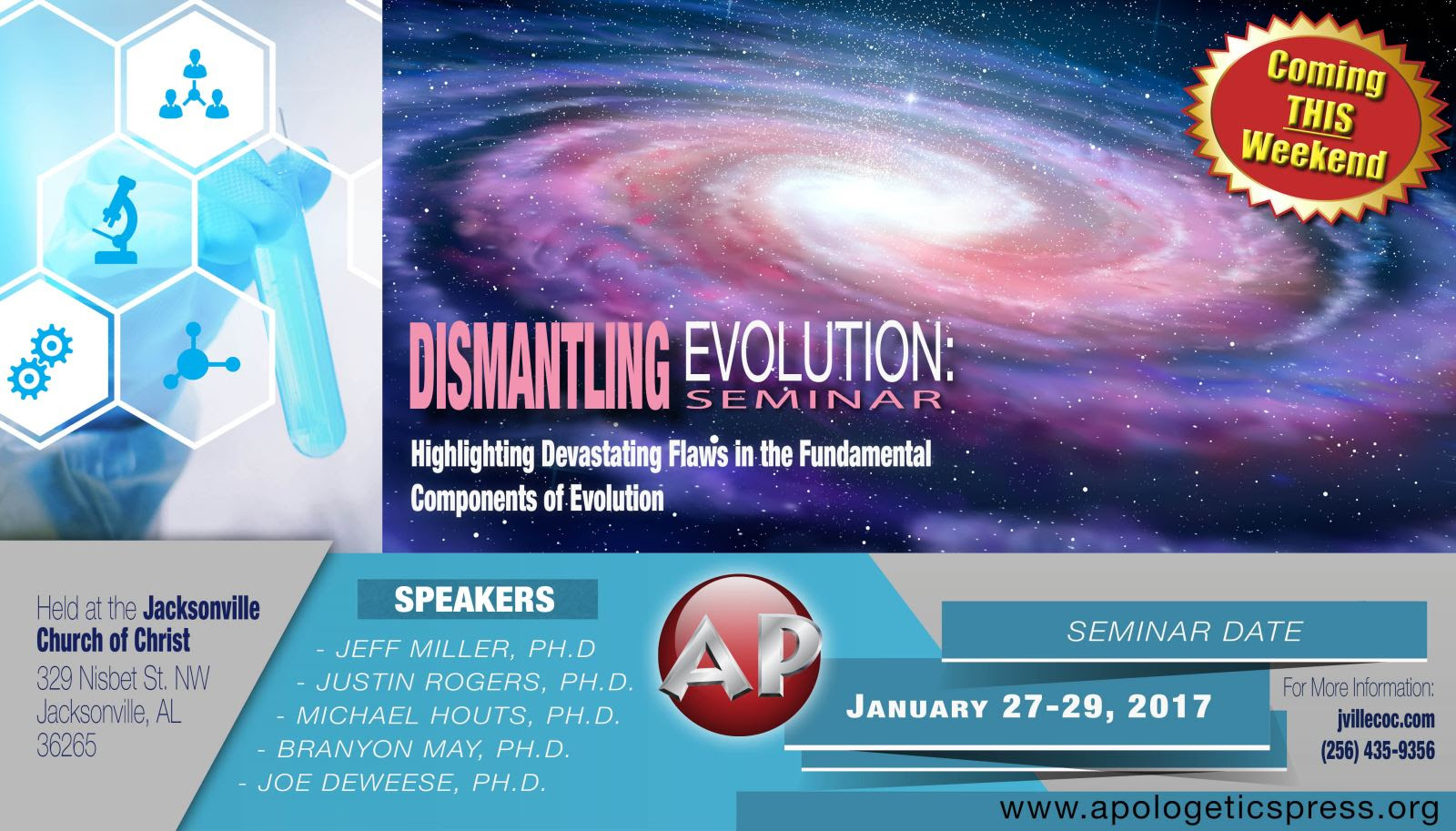 Israel’s government and religious leaders said “to a tree, ‘You are my father,’ And to a stone, ‘You gave birth to me.’ For they have turned their back to Me, and not their face. But in the time of their trouble They will say, ‘Arise and save us.’ But where are your gods that you have made for yourselves? Let them arise, If they can save you in the time of your trouble; For according to the number of your cities Are your gods, O Judah” (Jeremiah 2:27-28 NKJV).  Today, the notion that we came from trees and rocks is called “Evolution.” Children are taught that Earth, and not God, is responsible for their lives.  But when trouble comes, no one cries out to dinosaurs or “Evolution” for help! The furious Smoky Mountains wildfires caused death and destruction, and thousands called out for God, not “Evolution!”

If you teach a child they’re no more than an evolved animal, then don’t be surprised when they act like nothing more than an animal.

When these things are taught, then, and only then can we expect them to see other people in the same light.

Until then, children who continue to grow older (which is different from growing-up/maturing) in an amoral home, culture and society will do no more than what an animal naturally does…prey on the weak, take what can be taken, kill for the fun of it, and create offspring instead of a family.

But perhaps, at the end of the day, acting like an animal is the right and natural thing to do. Because after all, “survival of the fittest” is what got people to where we are right?

At a recent Apologetics Press speaking engagement, a Christian public school teacher related to me some distressing news about happenings at the elementary school where she teaches. She explained that reading is heavily emphasized, which is a good thing. However, because the students are being required to read so much material each month and take computer tests over the material they are reading, the students are running across more evolutionary propaganda in their school libraries: especially false teaching about dinosaurs, the evolutionary origin of mankind, and the Big Bang theory.  Read >>

“The wicked shall be turned into hell, And all the nations that forget God” (Psalm 9:17 NKJV).  No one can question that Americans have forgotten God: Evolution has replaced “The everlasting God, the LORD, The Creator of the ends of the earth” (Isaiah 40:28 NKJV); Affluence has replaced dependence upon “the LORD Almighty” (2 Corinthians 6:18 NKJV); Immorality and Indecency have replaced “the pure in heart, For they shall see God” (Matthew 5:8 NKJV); Illegal and Lawless behavior from top to bottom rules, and “sin is lawlessness” (1 John 3:4 NKJV). If the definition of “insanity” is “doing the same things over and over, but expecting a different result,” then many people are planning another “insane” year!  Live the same, vote the same, think the same, and there will be NO NEW YEAR!  “Turn us back to You, O LORD, and we will be restored; Renew our days as of old” (Lamentations 5:21 NKJV).
This is Johnny Polk, with “Words of Wisdom” brought to you by the Oneida church of Christ.